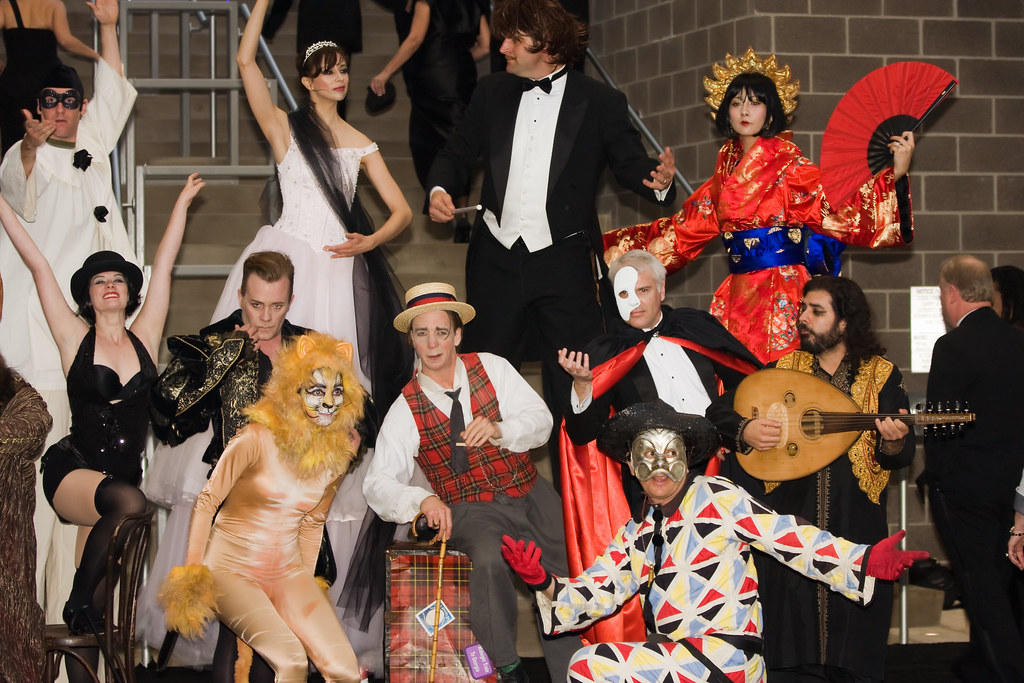 “The Compagnie Les Caramels fous is a troupe of actors, singers and dancers, which offers unbridled and crazy musicals, fighting discrimination and promoting tolerance. His colorful parody shows are constructed from famous songs and tunes whose lyrics are rewritten to tell a story.

The Chœur Accord choir, which three years later would adopt the name of Compagnie Les Caramels fous, was formed in 1982, at a time when a hitherto unknown disease was beginning to wreak havoc in Europe and more particularly in France.

Today, in France, the virus kills less. But is this a reason to indulge in the evil of our times: individualism and everyone for themselves?!

NO! Indifference, ignorance, rejection bruise and kill as much.

This is why Les Caramels fous want, by being associated with the “Voices against AIDS” concert, to support associations which help people suffering from AIDS to come out of their isolation, to protect themselves, not to be discouraged, to rejuvenate and thrive.